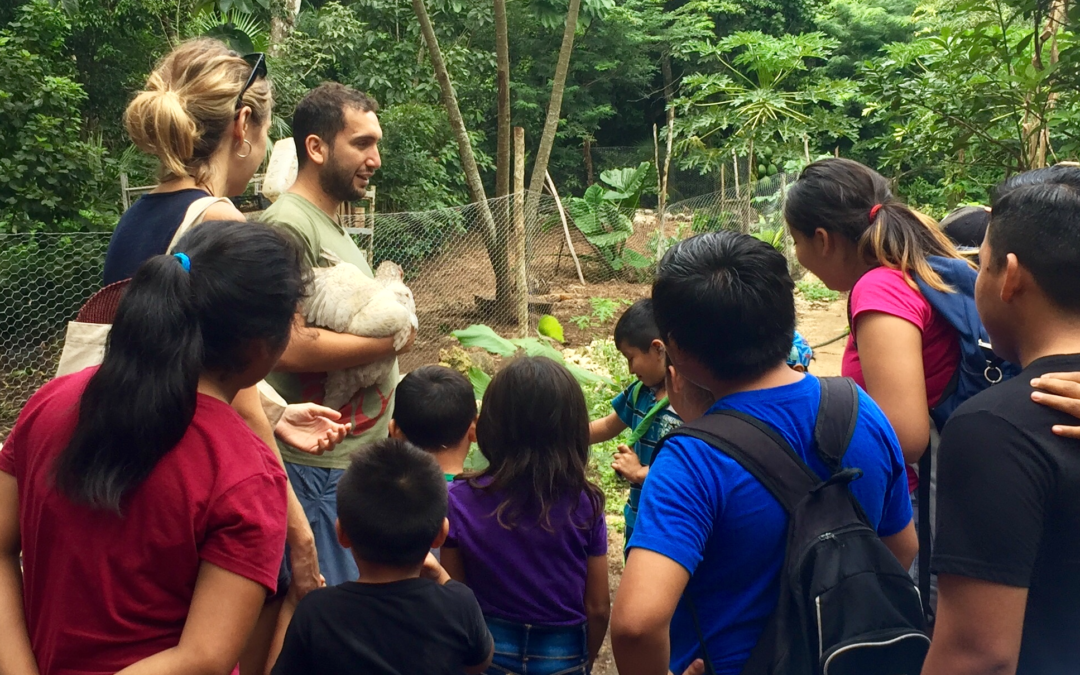 During my trip to Mexico this summer, I’ve had the opportunity to meet Mauricio in his restaurant in Tulum. This nature lover opened his own establishment, Farm to Table, where I went several times in a week to eat. From the first time, I was really amazed with the ‘’vibe’’ there. And I went back to eat at this place again because I quickly noted that you couldn’t find any other restaurant like this one in Tulum, in addition to the experience there being really amazing at all levels : the meals were innovative and tasteful, constantly changing, the freshness and the quality of the ingredients were incomparable, and the service was great, especially because the owner was taking the time to go to see everyone at their tables to have a little conversation and explanation of the meals and drinks proposed on the menu.

I was in awe with his story and I’ve decided to share it with you readers.

Where are you from and what’s your background ?

I am from Merida, Yucatan, I was born there and lived there until I was six. Until the age of ten I lived in Cozumel after which my family and I moved to England. After which I was having way too much fun in English boarding school so they sent me to a Canadian academic school where I finished my high school and from there I went to McGill University where I spent one year and discovered it was not for me.

After McGill my parents encouraged me to take up a culinary career as I had just gotten a job in a little tex-mex restaurant where they saw that I had a bit of a knack for cooking. They encouraged me to go to England to pursue a career as a chef which I did. I ended up working for some fantastic chefs starting with Marco Pierre White, which was my first job and then moving to a small boutique hotel which I didn’t really enjoy. I was fortunate enough to be accepted to work in restaurant Gordon Ramsay which is a three Michelin star restaurant where I spent the better part of a year (eleven and a half months). I then visited Italy for a short stint, and I had the opportunity to work in restaurants like Alain Ducasse at The Dorchester in sort of stages to see what it was like, from there I finally ended up in restaurant Au Pied De Cochon in Montreal.

It’s in Montreal that I actually learned how to cook real food. As the other restaurants were fine dining, I just learned to work in a station, making parts of a dish but I never saw what it was like to cook a whole meal.

At Au Pied De Cochon I learned how to really cook. Everything from scratch, to really understanding all aspects of the kitchen.

How did you enjoy your experience in Montreal as a whole?

Montreal taught me how to cook, how to love, it’s a young city full of energy and innovation with scarcity. You get a lot of chefs without millions of dollars starting their own little restaurants and doing their own things so it’s a cool place to be that’s what initially attracted me to it. It was McGill because it was the best university at the time, according to Maclean’s magazine, but I also returned to it because of that feeling that it gave – that it’s where you can make something happen.

After Montreal, I felt the lure back to Mexico where I started working for a logistics company in Cancun. It’s a food logistics company that’s one of the biggest distributors of fruits and vegetables. I started working with them on getting food from Mexico City to Cancun more efficiently and at lower costs, with fewer delays. That took me on a path to learn about a papaya plantation where I then worked for six months trying to help them reach a point where they could export their products.

That’s kind of where I discovered the truth about modern agriculture. Which is that 80% of the food production costs are not in labor, it’s actually chemicals pesticides, herbicides, fungicides and artificial fertilizers. So that really shocked me.

It was around that time that Chef’s Table came out on Netflix and I heard about this chef called Dan Barber. His opinions on food and agricultural policy intrigued me, which I took as and inspiration, a call to action and as a blueprint as to what could be done. I started finding out and educating myself on these kinds of topics and eventually coming up with solutions for my own community. 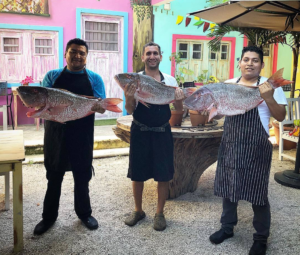 So flash-forward to today, what do you do for a living?

I am the chef/owner of restaurant Farm To Table (in Tulum, Riviera Maya) and the founder of Wóolis Solutions, which is a think-tank and an executor to solve problems caused by humanity and the way in which we live.

What are your current main projects and what are the links between them?

Well, at my restaurant Farm To Table we’re trying our very best to source right ingredients from either local communities and organic farmers, Mexican artisanal producers of everything from liqueurs to hand made tortillas. Everything in our restaurant we try to and make sure that it has some depth into it, it’s a new concept to try and go a hundred percent organic, there so we’re not as ecological as I’d like it to be – but that’s the purpose of this restaurant, to show and educate that you can serve a local menu with sustainable produce and people would still want to come and try your food. So you don’t have to get smoked salmon from Alaska to attract people to your restaurant.

With part of the profits from the restaurant we invest in University projects at the Agricultural University in Mérida. In order for them to do better research into organic agriculture here in the Yucatan, in a more efficient fashion using traditional open-air farming or green houses. Also the way livestock is raised, to come up with a real guide so more people can get involved in these kind of food production practices.

And then finally, Wóolis is the project that we have landed on first and the one we’re concentrating on since, is organic waste. So we collect organic waste from restaurants, hotels, and bars – including Farm To Table – and we take it to our farm where we turn it into compost and then with that compost hopefully one day we can get really good at growing amazing greens, fruits and vegetables as well as raising our own animals right.

Who is your competition or are there any other initiatives in your area that are similar to your projects?

What are your personal values?

I guess it’s just be honest to yourself and to everybody else. I think that’s the only thing that matters as long as you’re honest, you have a clear vision. And it helps to always be nice to people.

My real passion and love is the natural world, I’m not really keen on people or human beings as a species. In general I like people, but I don’t think we’re the nicest. So for me the conservation of the natural world is not only important because I enjoy it, but also a necessity because it’s what keeps the world balanced whether it be the carbon cycle, the water cycle, the protection against diseases and infections which harm human beings.

As much as anything it’s the future of our food safety. If we want to live in a healthy world, and we want our kids to grow up in a beautiful place then we have to look after it. So we don’t have a choice, whatever the reason may be, I think even if it’s just for selfish reasons you have to look after the natural world – that’s why I do it.

A lot of people get bogged down and overwhelmed with the enormity of the task at hand. I don’t have that problem. So I’ll always try and do stuff and if I can help people find something which they can cling on to, or I’ll be the example of somebody with very little resources that actually realizes some change, then I did my job.

Do you have any future projects that you want to talk to us about?

We have Woolis Ventures, it’s an idea that I had in order to be able to scale up these solutions. It’s an investment fund in which anybody can invest in ecological projects. An investment to grow their personal wealth but also to raise cash to provide everything from water treatment plants, recycling plants, invest in sustainable agriculture and just necessities that we need that require a lot of capital. It’s easier when we just invite everybody into it and everybody’s invested than it is to do it alone so I think the best way to scale it is to involve everybody and to make everybody part owner of these projects.

Final question, why is it important for you to share your story?

We need more people involved, caring, and not blaming but taking action. I think what we’ve done with the amount of budget and resources available to us is an absolute miracle every day. If more people can hear about it, and maybe some of them get inspired by it, then that would be awesome. 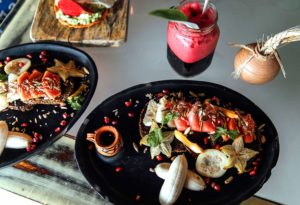